WHAT REQUIRES A HALLMARK?

By law in the UK, precious metals over a stipulated weight i.e; Platinum, Gold, Silver and Palladium which are intended for sale are required to carry a hallmark.

A hallmark can only be applied by one of the four UK Assay Offices. More information can be found in this guidance leaflet issued by the British Hallmarking Council.

Hallmarks which are applied by member countries of the International Hallmarking Convention are also accepted.

If you are considering investing in some precious metal or interested in antiques it is helpful to understand what hallmarks mean.

The art of hallmarking in the UK has a long history; it dates back 700 years, when a rigorous and very sophisticated system of hallmarking was developed. You’ll find 3-5 of these authenticating marks on most old English, Scottish and Irish silver and gold. It is, in fact, the oldest form of consumer protection known in the world.

Hallmarks are proof that the article has been independently tested and stamped. In the UK, these marks can only be applied by an Assay Office. In the past most cities and towns had an office but these days there are only 4 remaining in London, Birmingham, Sheffield and Edinburgh. The office we use is Edinburgh.

SPONSOR MARK – Sometimes known as the Makers mark, this unique mark tells you the person or company responsible for sending the article to the Assay Office. It is normally 2 or 3 initials in a surrounding shape. This mark can be applied by the maker prior to being sent for hallmarking but it must be present before the official hallmarks can be applied by the Assay Office.

FINENESS MARK – This important mark will tell you what type of metal it is as well as the purity. Given in parts per thousand. For example, sterling silver is 925 – which indicates that 92.5% is silver and the remaining 7.5% is an approved base metal alloy such as copper which is needed to provide strength to the relatively soft metal. The higher the precious metal content of the metal, the softer it is.

ASSAY OFFICE MARK – shows you the symbol of the Assay Office where it was tested and marked. A Castle indicates an Edinburgh mark. The other office symbols can be found above under the BHC guidance notes.

Apart from the three marks we just mentioned, there are a number of optional marks that you can ask for.

DATE MARK – This mark was compulsory before 1999 but it is still widely used. It is always a single letter of the alphabet in a unique font and surrounding shape and follows the compulsory marks.

You can check a date letter at the Assay office https://theassayoffice.co.uk/send-us-your-hallmarking/date-letters

TRADITIONAL PURITY MARK – prior to 1999, silver and platinum finesses were indicated by symbols instead of numbers. The Rampant or Passant Lion stood for sterling silver and the head of Pallas Athena stood for Palladium.

We continue to use the Lion Rampant which is the symbol for Sterling Silver exclusively hallmarked in Scotland.

COMMEMORATIVE MARK – these are special marks that can be added to a piece in honour of a significant national event for a dedicated period of time, usually a year. Examples of these are the Millennium Mark and the Queens Diamond Jubilee mark. Having this type of mark can make an item more collectible in the future.

COMMON CONTROL MARK – also called a Convention mark. Given to ensure safe cross border trade of precious metals between the member countries of the International Convention as mentioned above. The UK has been a member since 1972. This means that an article intended for sale in the UK with an international common control mark from a member country doesn’t have to be remarked with an equivalent UK hallmark.

There are also a number of hallmarks that aren’t used anymore, such as duty marks, import marks and standard marks. If you were interested in learning more about old hallmarks a good guide is the Bradbury’s Book of Hallmarks. 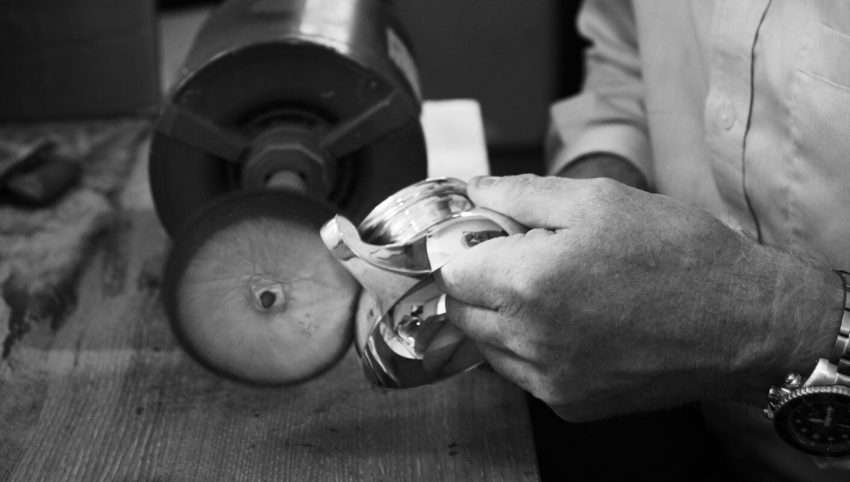 If you intend to sell precious metals in the UK, by law you must display what is called a Section 11 Dealer’s notice which can be viewed or downloaded here (opens a pdf in a new tab).

If you are unsure about a hallmark or the purity of the metal you can contact your local Trading Standards Authority.

These days, for many of us eCommerce or online shopping is extremely popular, but when you are purchasing you still want the assurance that the quality is the same standard as what you’d get in a retail outlet when you can handle and examine the goods. To give our customers peace of mind we have our website audited regularly by an Independent entity which was set up by the Edinburgh Assay Office called Assay Assured. This audit ensures that all products are accurately described and we display clear information about precious metal and hallmarking for consumers. They can also act as a mediator should a dispute ever arise. Our website carries the Assay Assured Trustmark – more details can be found here

Do you need assistance identifying your silver piece? We are specialists in the metal industry and offer a free and efficient service to help you distinguish a hallmark.