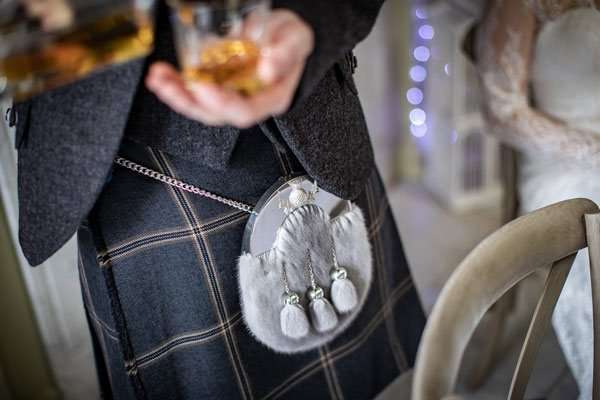 The Scottish sporran has been part of the male Highland dress since the 12th century. Its name derives from the Gaelic ‘sporan’ which means ‘wallet’ or ‘purse’.

Nowadays, sporrans are typically made of leather or fur with the ornamentation chosen to complement the formality of dress worn with it.

The creation of the sporran occurred in the Highlands, most likely due to its functional practicality when wearing a kilt which, traditionally, does not have pockets. It is thought to be an evolution of the European medieval belt-pouch called a ‘scrip’ which was worn at the hip and was eventually replaced by pockets.

Originally, sporrans were a very simple design with a pouch made of leather or deer or calfskin gathered together at the top with basic drawstrings. Its primary function was as a knapsack for Highlanders to carry their provisions of oatmeal, or coins, musket balls and fire-making gear over long distances. Cattle drovers would pack oats and onions into their sporran to rustle up a black pudding on the trails.

It was in the 18th and 19th century that the sporran design became more embellished. Military Highlander regiments used the number of tassels to distinguish themselves, such as The Argyll and Sutherland Highlanders who always used six. The tassels were featured on the front to swat away flies from the soldier’s oats!

There are various types of sporrans commonly based around the ‘day sporran’ and the ‘dress sporran’.

Day sporrans are typically made of leather with simple adornments, such as leather tassels and Celtic knot designs embossed into the leather. They are a convenient option for daily use and to wear as part of a day-ceremony at a wedding.

The dress sporrans are for more formal and ceremonial occasions. They incorporate more fur with the inclusion of fur tassels and a fur facing and pouch. The cantle is made from pewter or silver and can be embellished with precious stones and engraved with a family crest, clan badge or initials to create an even more unique finish.

A less well known traditional style of sporran would be the ‘full mask sporran’, a style commonly made from the head of an animal such as the badger or fox. There is also the ‘horsehair sporran’, worn as part of regimental attire for pipers and drummers. It is considered to be one of the most dramatic styles, made with long black horsehair tassels against a white horsehair background and a pewter or silver cantle.

At Hayward & Stott, we are proud to present our luxury collection of sterling silver and fur sporrans which are the star of our new Thistle Collection.

We offer three different furs; Musquash, Mink and Wild Rabbit, and each element that is sterling silver hold the official Hayward & Stott Hallmark.

All our animal products are handmade to order by local crafts people in the UK. So, if you have an alternative fur in mind, please get in touch. 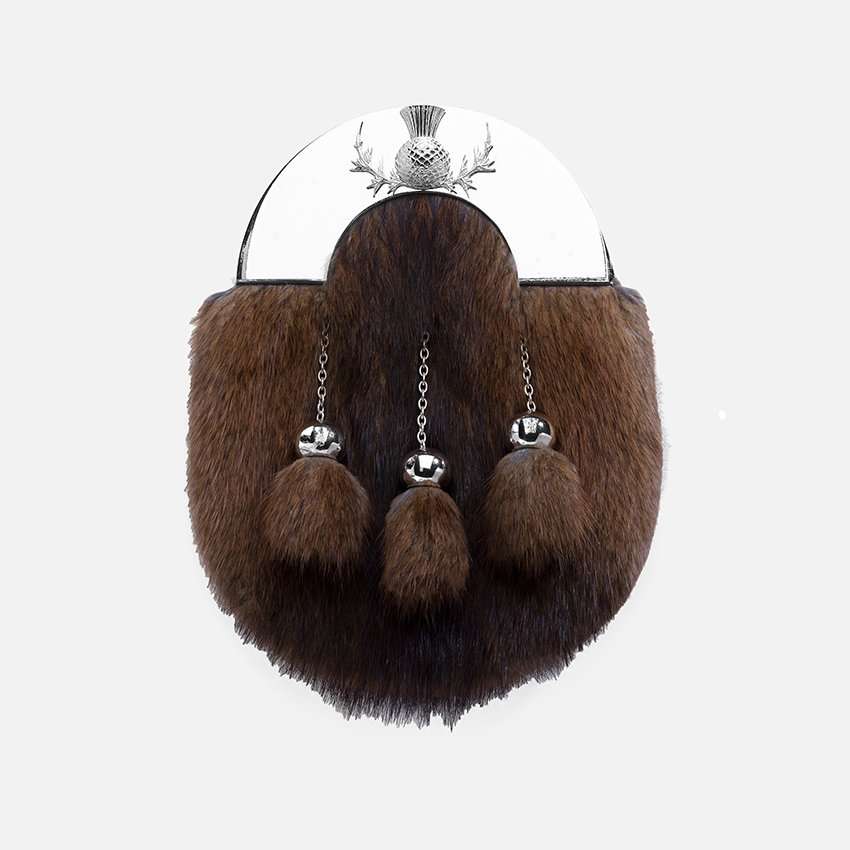 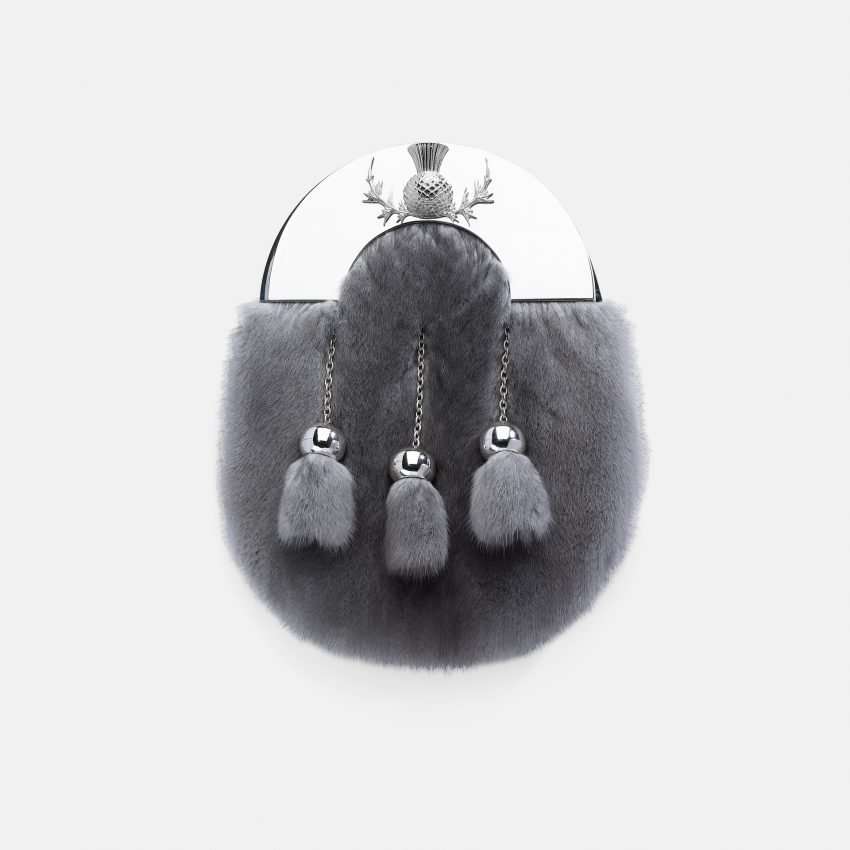 The sgian-dubh is often found in portraits of kilted men of the mid-19th century, such as the portrait by Sir Henry Raeburn of Colonel Alasdair Ranaldson MacDonell of Glengarry which hangs in the National Gallery of Scotland.

In the painting, you’ll see visible at the top of his right stocking a nested set of two sgian-dubhs.

Early sgian-dubhs varied in construction, some with a ‘clipped’ or ‘drop’ point tip. Now, the universal design is the ‘spear-point’. The earliest known blades were made from German of Scandinavian steel which was highly prized by Highlanders.

Traditionally the ‘scabbard’ is made of leather, reinforced with wood and fitted with mounts of silver or metal which can be cast or engraved with personal Scottish designs.

Today, some sgian-dubhs are hand-carved with ebony or bogwood hilts, as well as sterling silver fittings with gemstones. Blades might be made of Damascus steel and etched with Celtic designs or family motifs.

The sgian-dubh is a must when worn with a kilt, and the Hayward & Stott luxury design offers a contemporary twist to classic Scottish style.

With eye-catching sterling silver embellishments, they are an ideal choice for ceremonial occasions such as weddings and Christenings. The classic thistle motif makes them an excellent addition to your traditional Highland wear at any Scottish gathering, such as a black tie ball or a Robert Burn’s Night.

In addition to our feature sgian-dubh, the Thistle Collection includes other essential highland dress accessories. Pair with our Leather and Sterling Silver Thistle Belt, Thistle Kilt Pin and Thistle Lapel Pin for a truly authentic and stylish highland look.

Our luxury designs combine all the classic traditional elements of a full dress sporran, making them an ideal choice for a special occasion such as a wedding or Christening, or an eye-catching addition to your next black-tie event.

With a modern approach, they celebrate all that it means to be Scottish today, embracing our heritage and showcasing our refined, elegant design.

In addition to our feature sporrans, the Thistle Collection includes essential highland dress accessories. Pair your sporran with our Leather and Sterling Silver Thistle Belt, Thistle Kilt Pin, Thistle Lapel Pin and Sgian Dubh, all available to order at our online shop. 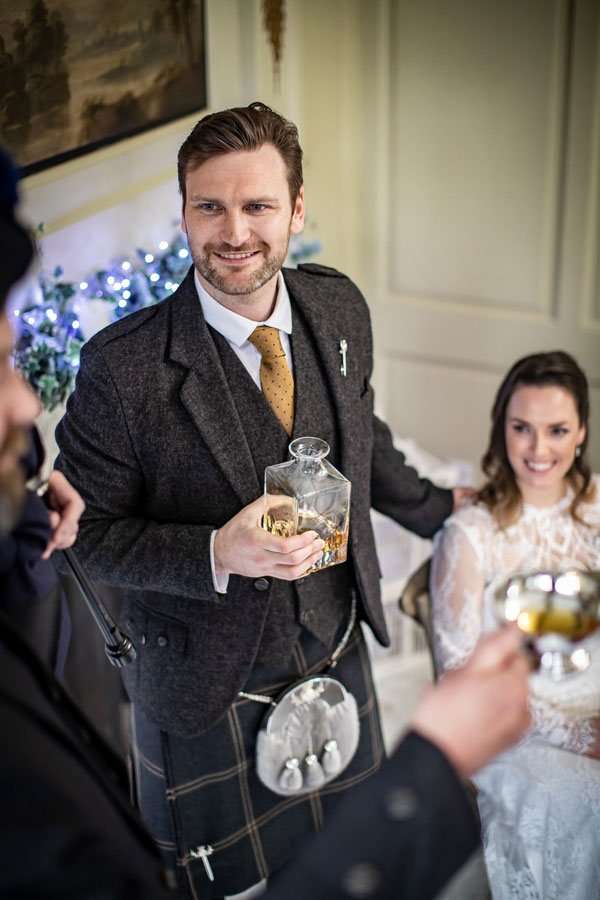